I love playing on original hardware, and have mass-storage solutions for most of my machines, but sometimes it’s good to have something portable for hotel stays etc. For this, I use a Raspberry Pi 2 running Retropie.

I bought a 3D-printed C64 style case for it, but it was lacking a bit. It had screws protruding from the bottom, and not the best ventilation, but most importantly, no real power LED!

The Pi has a very small LED that is used to denote power being received by the board, so is on all of the time that the PSU is turned on. This is fine, but I wanted something that would emulate the C64 power LED and only be lit when the OS was running, so that once safely shutdown, the LED would be an indicator that it was OK to turn the PSU off.

First off I wanted to drill some ventilation holes in the bottom of the case:

The printed material was brittle, so it was hard to get a clean finish. I also made slightly larger apertures at the top of the screw holes to allow them to be countersunk to avoid them sitting proud of the case, a couple of small holes in the side of the case so that I could see the ‘PWR’ and ‘ACT’ lights, and a hole into the top right of the top case where the ‘Power’ badge of a C64 is to sit the LED in.

Next I soldered a 330 ohms resistor to an LED, and a pre-wired dupont connector: 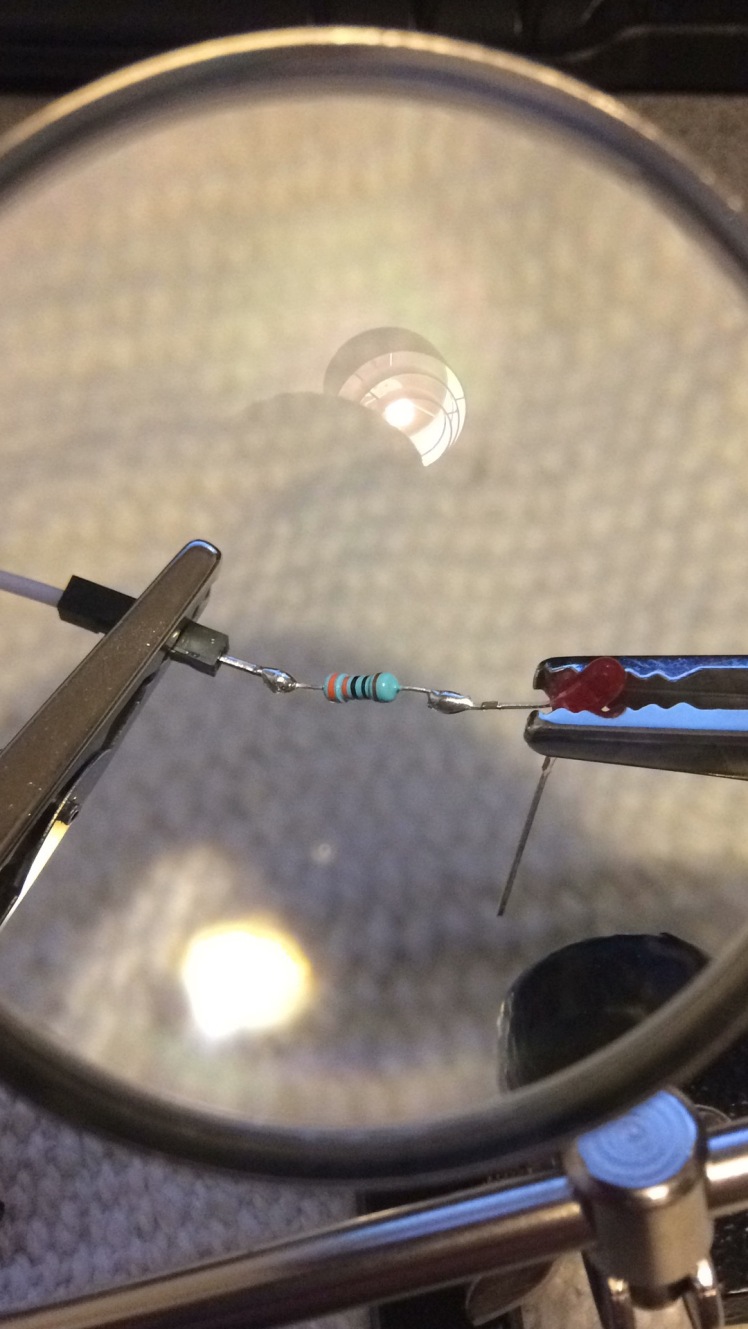 After soldering another wire to the other leg, I tested it on the board. You’ll want to connect positive to TXD0 (GPIO14) and negative to Ground. Be sure to use the correct pins for your model of Pi:

Next step was to hot-glue (terribly badly), the wires into the top case, and to secure the LED: 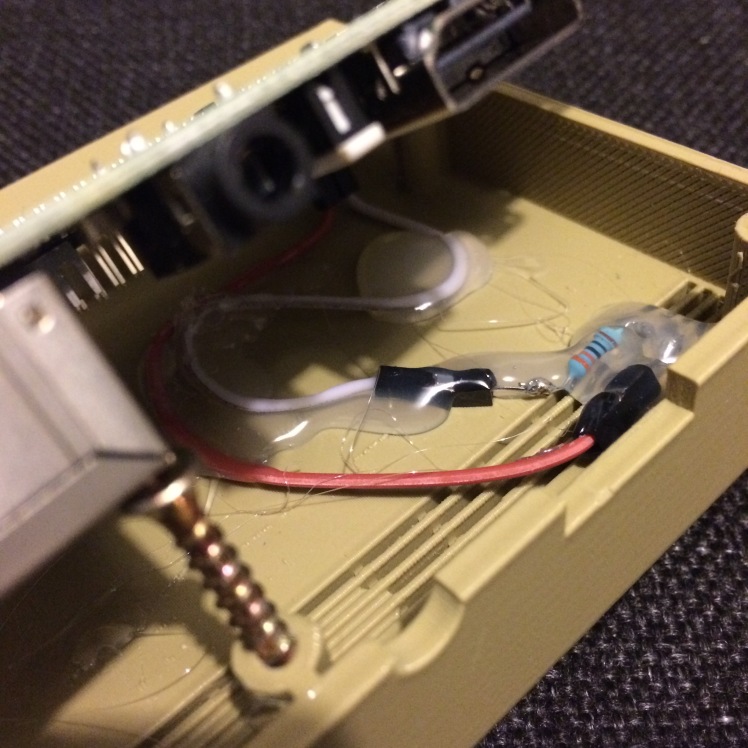 To make it truly retro, four genuine new-old-stock rubber Atari feet, to stop it sliding, and to raise it up to allow better airflow.

Finally, I created a sticker for the ‘badge’: